Are You Still Looking for Your Cheese? 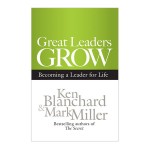 In his book, Who Moved My Cheese, Dr. Spencer Johnson reminds readers that change is constant.

A few weeks ago I had a phone conversation with a leader I am coaching. During our chat he made reference to Johnson’s premise of change, telling me he had read the book several years ago at the suggestion of his supervisor. Since reading it he has attempted to embrace change, seeking out ways to improve his leadership. My level of respect for this guy went through the roof.

Too often, those in charge resist change refusing to think outside the box, especially when it comes to personal growth. They assume that since they are in charge there is little left to learn. Wrong! Leaders are learners. As my friend Mark Miller reminded us in his book with Ken Blanchard, “Great Leaders Grow.”

In the case of the guy I’m coaching, he not only believes in change, he’s doing something about it. To start with, he read a book and allowed it to change his thinking. Now, he is opening himself up to coaching, attempting to reach his full potential. Next, we created a development plan to help him gain much needed traction in his pursuit of climbing to a new level of leadership.

As you look at your life, are you open to change? Do you have a track record of growth? Is there someone who is stretching your thinking? Do you have a development plan?

[Tweet “You’ll never be different unless you do something different!”]

If today finds you spinning like a mouse on a wheel hoping your cheese will show up, I encourage you to step off and hop on the change train. It is the vehicle to a better you.

Why are so many leader resistant to change?