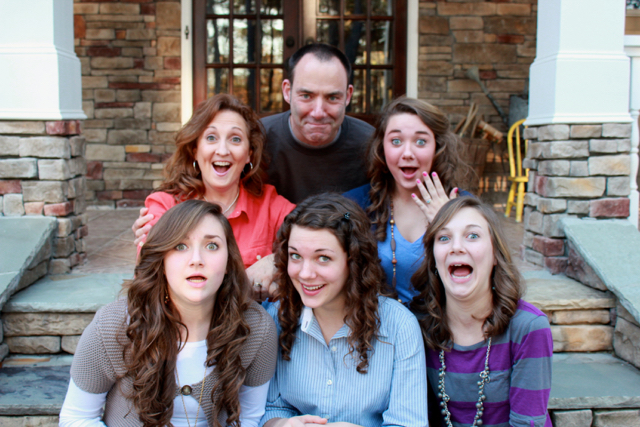 Years ago, my growing family was running out of room.

We had already transitioned from sedan to minivan. Truthfully, we had no choice. When the back doors won’t close because you have too many car seats, it’s time for an upgrade.

Inside the house wasn’t much better. The cozy kitchen was claustrophobic, the laundry room was tiny, and worst of all the number of bathrooms was a challenge. Did I mention we have four daughters?

We decided to build a new house and move across town. The change was harder than I suspected. On the day we moved a couple of our kids were really sad. Even though the new place was much nicer, they did not want to leave the place where they had grown up. It was home while the new place was just a house.

It took only a couple of days for them to realize that change was a good thing. The new rooms were bigger and better, there was more room to run around and play, and happily no waiting in line for access to the bathroom.

Through our move, I learned a valuable lesson about change. Namely, it is important to grieve what you leave. Too many leaders underestimate how entrenched their people are in the way things are done. They rarely realize their people have a stake in what has been working. Those ideas being kicked to the curb were once brilliant, and often the brainchild of one of your team members.

While change is important and certainly necessary, so is the grieving process. Great leaders take time to reminisce with their team. They share stories and carry the memories with them to what lies ahead.

Looking back, there are still things I cherish about where we used to live. But there is a difference in looking back and going back. The truth is, we needed to change.

Now, over a decade later we still occasionally pull out pictures of the old place. We even drove by there a few weeks ago. It didn’t feel the same. Now, it simply looks like a house.

If you are challenged with leading a team to navigate change, don’t forget to grieve what you leave. It will make the transition easier.

Do you know of an organization that has a process for capturing their memories?