When asked what he was afraid of, Thomas Edison once replied, “I am afraid of the dark.”
So what did he do? He invented the light bulb.
For me the phobia was, and still is, different. Heights.
Years ago, I had the opportunity to “go Edison” and attack my fear. It was at Six Flags with my daughter and one of her friends.
On the way to the amusement park the girls asked me if I would ride Acrophobia with them. For those of you who are unfamiliar with Acrophobia (as I was) just envision the tower of Babel on steroids.
Did I mention the girls were 10-year-olds? As such, they were giggling. So I thought, “How bad can it be?” Let’s just say the ride should be illegal.
As we walked up to the line, I knew I was in trouble. I think it was the fact that I began to silently weep and wish somehow my Mommy would show up and rescue me. She didn’t!
I was a mess! 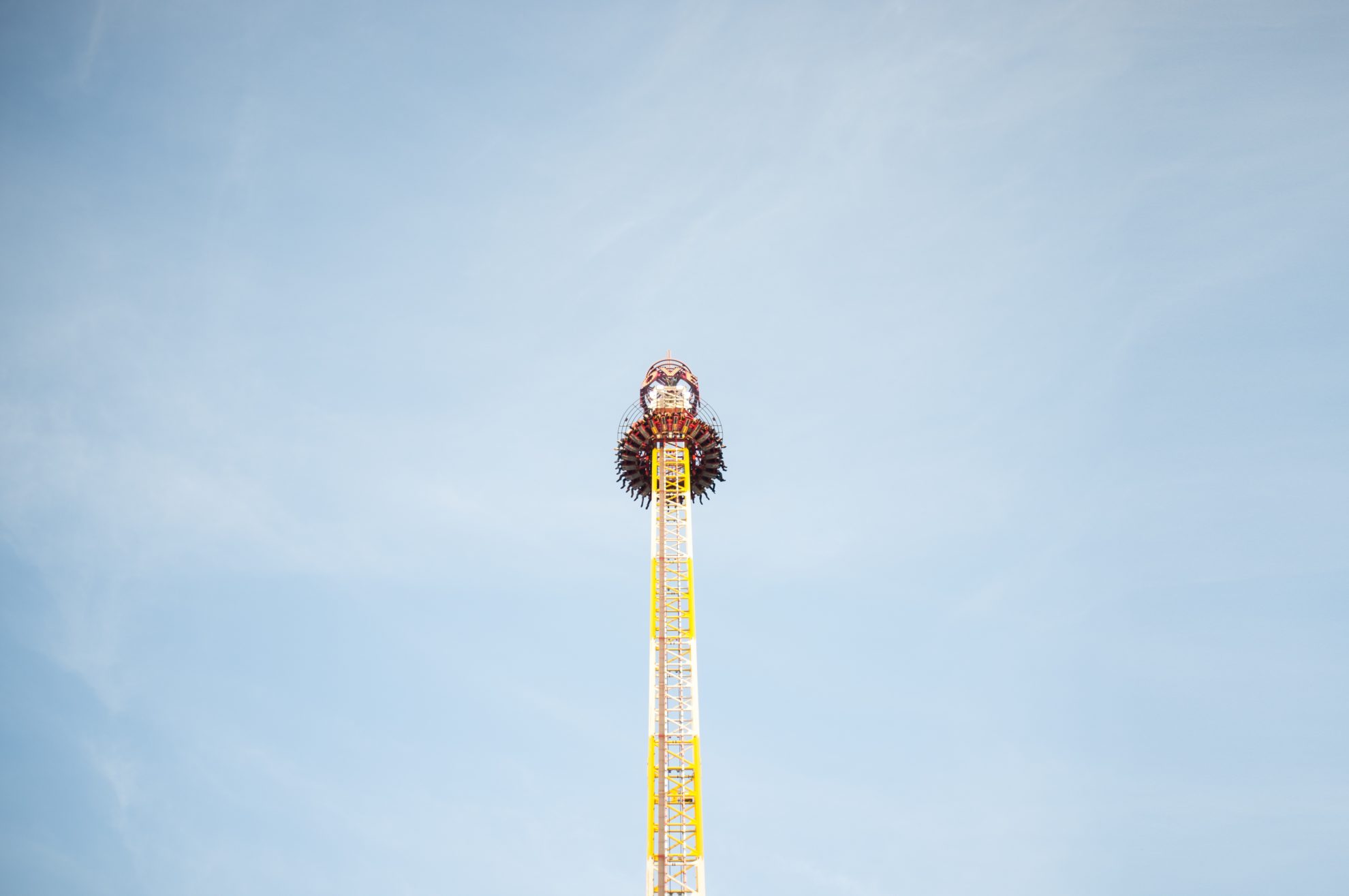 The girls wanted to know if I was crying. I told them no, that something was wrong with my contact lens. My daughter reminded me that I didn’t wear contacts. I told her I was thinking about getting a pair and that was probably what was causing my problem. Her and her friend giggled.
The next thing I knew, I was harnessed in to a skyscraper. The thing shot me up to Heaven and I asked God if I could just stay. I didn’t hear an answer. Only a little girl on either side, now screaming and giggling at the same time.
That’s when the bottom fell out of my world. Free Fall back to earth. And just like that, it was over. The ride, that is, not my fear of heights.
As I look back, I can tell you this. It was not as bad as I thought it would be.
Is there something you have been putting off because of fear? A project? A confrontation? A career change? A conversation?
Maybe the best thing you could do would be to not only face your fear, but to attack it!
You have what it takes to overcome your fear. Stop putting it off and do what you need to do.
I think you will find that the thing you are fearing isn’t nearly as strong as you are.
[Tweet “”Courage is a fear killer.” #Leadership #Courage”]
[Tweet “”The best way out is always through.” – Robert Frost #Courage #Quote “]