Let Me Off This Plane: Part 3 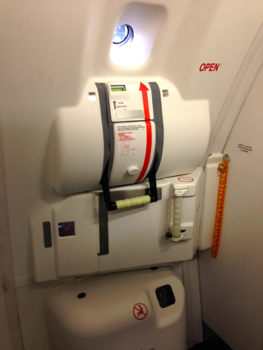 Truthfully, I thought this airplane series would only be two days. Wrong!

Yesterday I visited the “classroom” twice more, first on a flight to Chicago, and then on a leg to Grand Rapids. I’ll save GRR for tomorrow, but the Chicago flight proved to be my third test in a week.

For some reason we were rerouted, and by the time we landed in Chicago I was 30 minutes late. Did I mention my connection was only 35 minutes … and on the other side of the airport.

In spite of an announc

ement to allow connectors to de-board first, I knew it would be close. I ended up being the first person off the plane. Every second I waited for the door to open felt like an hour. “Let Me Off This Plane.”

A half mile sprint through O’Hare yielded nothing. I missed my flight.

Thankfully, there was another option a couple of hours later and I was able to grab a standby seat. Because I refused to be derailed by my delay I ultimately made it to my destination.

The alternate flight reminded me that there are many times when things don’t happen how or when I think they will. As a leader, there are times when I need to chill and look for another way. Can you relate?

If you have unmet goals, dreams that have faded, or hopes you have put on hold, I encourage you to press on. You can still get there. But only if you refuse to be derailed by your delays.

Why do so many people give up on their dreams at the first sight of trouble?