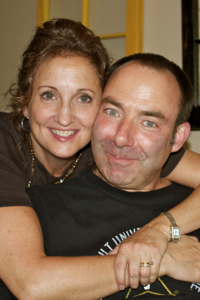 Yesterday my daughter came home excited about her part in the upcoming school play. She said she is looking forward to seeing the script.

I have not done a lot of acting in my day, but my kids have. Whenever there is a musical or play on the horizon, there is always a pile of scripts lying around the house. If you want to know what is going to happen ahead of time all you have to do is read one of the scripts. Every scene is perfectly mapped out.

The actors are expected to memorize the scripts. No deviation is allowed. Deviation is referred to in theater circles as ad-lib, and from what I am told by all the thespians who live with me, it is frowned upon by a director. “Stick to the script and avoid conflict,” they tell me.

When it comes to leading at home, perhaps some of us would do well to tear up our scripts.

Most of the people I talk to about family life seem to have conflict over the same old scripts. Especially when it comes to marriage. There is the money script, the communication script, the kids script, the schedule script, and let’s not forget the sex script. Almost every argument falls into one of these categories.

Many times we see conflict as an opportunity to win an argument or to make our point. We forget that the goal of conflict in a marriage is not victory, but unity. Let’s face it, if you win every argument with your spouse, you’re sleeping with a loser. (tweet)

What would happen if you and your spouse recognized there are scripts in your marriage? Would you be able to see conflict coming ahead of time? Able to avoid confrontation altogether?

For all 5 of the scripts mentioned, may I suggest you turn your focus away from yourself and instead seek to build up your spouse. Perhaps the following verses of Scripture will help you the next time one of your scripts pops up.

Philippians 2:3-5 . . . ”Do nothing out of selfish ambition or vain conceit. Rather, in humility value others above yourselves, not looking to your own interests but each of you to the interests of the others. In your relationships with one another, have the same mindset as Christ Jesus.”

Could you imagine a marriage where both people lived by those words?

As you seek to lead at home, pay attention to your scripts. In fact, why not deviate from them? The same old fights about the same old things will only lead to the same old hurt feelings.

There is no better place to value someone else above yourself than at home. (tweet) You can do that by listening, understanding, sharing, prioritizing, and sacrificing.

A great marriage is available, but it requires abandoning your scripts. You don’t have to act the part anymore.

It is time to get rid of your scripts!

Do you see other scripts that affect a leaders home life?