What Dad Taught Me Through Baseball

Ark / Leadership / What Dad Taught Me Through Baseball

What Dad Taught Me Through Baseball

Over the past four years I have had the privilege of spending time encouraging the leaders in the Pittsburgh Pirates organization, which means last night was awesome … only it wasn’t.
It was awesome because the Pirates won in dramatic walk-off fashion over the pesky St. Louis Cardinals. Eleven innings of nail biting fun. Can you say, “Raise the Jolly Roger.”
Last night wasn’t awesome because I couldn’t call my dad to ask him if he had seen the ending. He died Easter weekend. 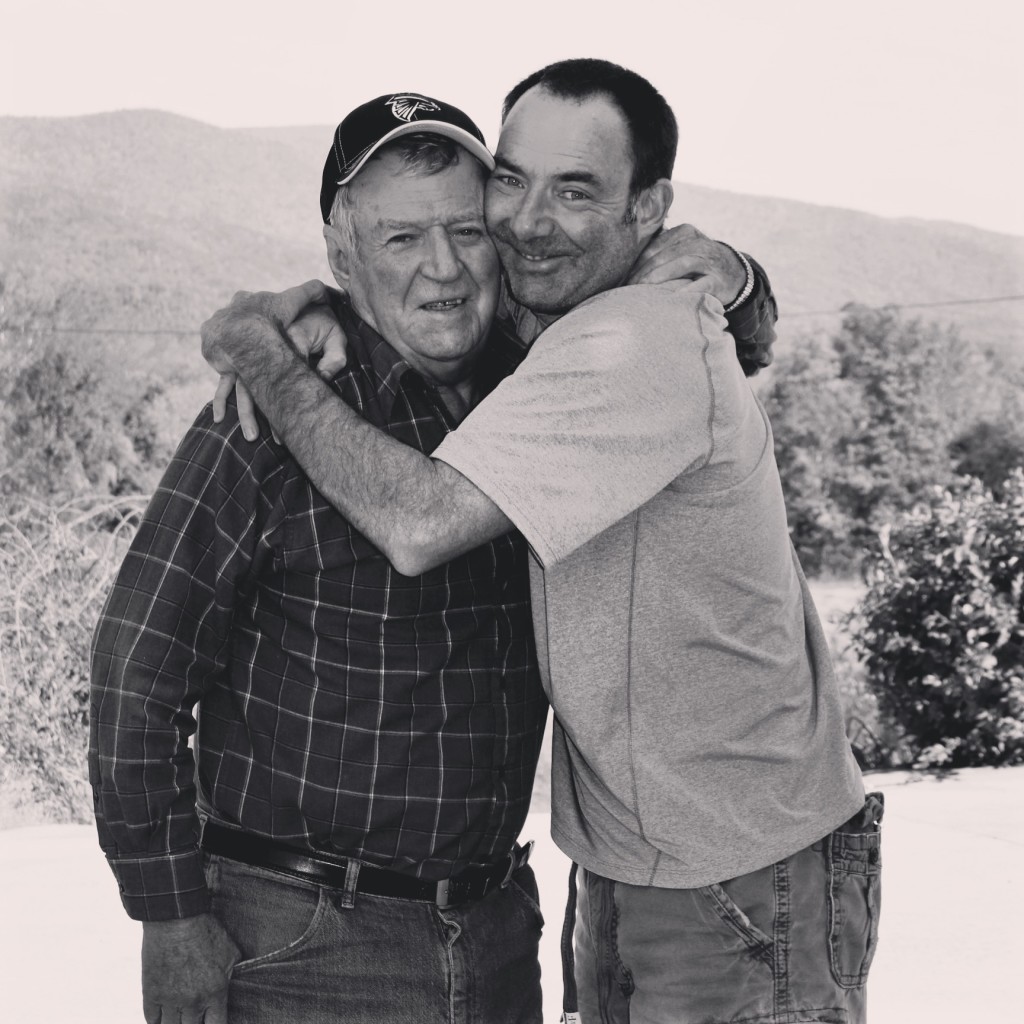 In the movie Field of Dreams, James Earl Jones famously recites, The one constant through all the years, has been baseball. America has rolled by like an army of steamrollers. It has been erased like a blackboard, rebuilt and erased again. But baseball has marked the time.”
Baseball definitely marked the time for my dad and me. Dad loved baseball. He was actually offered a minor league contract by the Cardinals back in the day. He turned it down to marry my mom and opted for professional fast pitch softball and a job in a carpet mill.
Soon after, I showed up and dad taught me to love baseball too. He coached me, challenged me, and encouraged me through America’s pastime.
Two of dad’s lessons from the diamond have stuck with me all these years …
1. The leader is the one who is willing to sacrifice the most. In the mid 70’s the baseball bat companies invented and introduced the aluminum bat. By 1975 they had made their way to my small town in North Georgia. The first time I held one I remember thinking, “Life just got a whole lot easier. I’m about to become a home run hitter.”
My dad had other thoughts. That was the summer he taught me to bunt.
The idea was to give myself up so a teammate could advance on the bases and be in position to score.
Bunting is no fun for a kid, but my dad understood I needed to learn to sacrifice. At the time, I thought he was nuts … we won the championship that summer. Turns out he was smarter than I thought.
In his wisdom, dad was preparing me for what was to come … adulthood.
Now, every day I find myself bunting for my kids, providing them with opportunities to score through tuition payments, transportation, and serving them with my time. The same way dad served hundreds of kids in our community through his coaching.
You were right dad, the leader is the one who is willing to sacrifice the most.
[Tweet “The leader is the one who is willing to sacrifice the most.”]
2. Character is more important than skill. At my dad’s memorial service last week one of my former teammates told me how he still remembers my dad’s lofty expectations for our team. Those expectations had nothing to do with winning, yet everything to do with being winners.
My friend said, “There was never a tournament when your dad didn’t say to our team, ‘Boys we may or may not win, but we better bring home the sportsmanship trophy.'” My friend has remembered my dad’s challenge for over 35 years. Why? Because character really does matter.
We won several championships and the trophies to go with them, but my dad was most proud when we won those sportsmanship trophies.
My friend Mark Miller reminds me often, “If your heart’s not right, no one cares about your skills.” It sounds like something dad would have said.
[Tweet “”If your heart’s not right, no one cares about your skills.” via @leadersserve”]
James Earl was right … last week my blackboard was erased, and it felt like the steamroller ran over me. There is no one left to call when my team wins. Time will no longer be marked by the game we loved so much. From now on it will simply be baseball without dad.
But the lessons will remain. Lessons of sacrifice and character. Lessons every boy, and every leader, needs to learn.
Randy

Love watching you be a dad to your girls. You are right leadership begins at home.

Great post Randy! Thank you and sorry to hear about your dad. Sounds like you guys had a great relationship! Encouraging!

Thanks, Kevin. He will definitely be missed!

I’m so very sorry for your loss. It is obvious your father was an exceptional man and that he invested his heart and time into you. A true example of a servant leader. I attended a leadership training you led for Chick-fil-A in Columbus, Ohio last year, and have enjoyed and benefited from your posts ever since. Your sorrow and loss is shared by my husband and me as we lost his father two weeks ago. As a pastor, his father also taught him by example much about character, integrity, and serving. But he also shared his love for baseball with my husband, and we won’t watch the Cubs play without bittersweet emotion in the future. Keep up the good work. It is much appreciated! You and your family will be in our prayers.

Thank you for your affirmation, Robin. I truly appreciate your prayers. Blessings!

Powerful words, Randy. This is one of my favorites of your blogs! “Lessons of sacrifice and character” is what I pray for with my kids and I. Praying for you and your family.

Speaks volumes about your dad and the real and needed life lessons he imparted…the best legacy! He was a true “diamond” in the rough…you are blessed to have had him.

What a wonderful legacy your dad left you through his willingness to sacrifice! Thank you for sharing this timely advice. Sorry for your loss.

Thanks, Jason. I appreciate your encouragement!

Your dad’s character will outlive his reputation, because of those who will emulate the lessons he imparted. Just imagine of the number of people he has and will continue to influence.
An outstanding legacy.

Awesome article, my freind. I too can relate. Lost my dad many years ago to a stroke and alzheimers. For me, after the divorce (a real biggie in 1961) time with dad was on the golf course. Laughs, hugs, and errant drives from the tee! But I also miss a man who taught me much about my walk with God. Some of the greatest wisdom he imparted regarding a decison that from a human perspcective I sometimes try and second guess was, “What does you wife say; what does God say?” That spiritual advice has served me well over the years. So who is that mentor that I miss my hugs from on Sunday mornings? Guess you figured it out by now, my brother! Much love and many blessings! I.C.L. < Darrel

Thanks, Darrel. You are too kind my friend. Thanks for your prayers. I miss seeing you!

That was awesome Randy. I mostly remember his smile and those hugs that would greet me when I saw him. He couldn’t be any prouder of a father in watching his kids grow up to be Godly people and great parents to his grandkids. Carry on his character . May God bless you and your family in peace and comfort🙏🏻. April Ross

Thanks, April. He loved you too!

Randy you had a great role model and now have wonderful memories!

So true, Velma. Thanks!

I fondly remember playing both for your Dad and in your back yard just for fun. We would pretend to be the stars of the day. I still remember you and your Dad talking about Tony P Rez (not Perez). I am sorry that I couldn’t make it to the Memorial Service. It was great growing up with your Dad as my next door neighbor.

Randy, I’m so sorry to hear about the loss of your Dad. There is no doubt in my mind he was an incredible father to you because of the incredible father and husband you are. It sounds like the impact your Dad made in the lives of others is This was awesome- Thank You for sharing your heart in a very real way. I miss seeing you and Laura and follow your amazing girls and all they are achieving. God Bless

Thanks, Tricia. I appreciate your kind words!

I loved this. It is so meaningful and made me rethink about life. I am giving a talk in the morning and I hope its OK that I use some of this. Although I never met your dad, I know you are the same fine person that he was. I am so honored to call you a friend.

Thanks, Ron! I’m grateful for you and you are welcome to use anything you can to help encourage leaders!

That was a wing-dinger of a blog post RG!! And so important for me to read and evaluate this very morning. Thank you.

Great! Your dad would have been so proud of y’all at the service!! I can picture him smiling from ear to ear!!

Randy, my wife Erin ran across your post first. She sent it to me and said “You’re gonna HAVE to read this.” The beautiful photo of you and your dad was enough to bring me close to tears; then as I read on learned that he had passed away recently, my heart just broke with yours. I’ve known you and loved you and your beautiful family for years, but this story and its attendant wisdom about character, sacrifice and “the bunt” connected on a very deep level. What an amazingly poignant metaphor for sacrifice. I haven’t been able to get it out of my mind, and words can’t express my gratitude for it.
Growing up in St. Louis a pesky Cardinal fan, I also remember the many good times with my Dad. I remember the times when he was well and strong and catching for me in the backyard, saying (in a voice I can still hear) “C’mon you big right hander.” I can still see the infield and smell the thick, summer air of downtown St. Louis, cheering for Bob Gibson and Dal Maxvill from the first base side seats at the original Busch Stadium. Reading your post brought all that back to me today, and it was a wonderful and unexpected gift. You’re a gifted coach and teacher. Thank you.

Thank you for reaching out, Rick. I really appreciate your encouragement and the candid memories from your childhood. Keep making a difference, my friend!

My sincere condolences. I am very sorry for your loss. Thank you for taking something so personal and turning it into a lesson for all to learn from.

Thanks for the encouragement, David!

Randy,
just got done reading Leadership Lessons From A UPS driver by Ron Wallace. I too was a UPSer for 32 years. I retired from UPS in 2007. Like Ron I started as a UPS driver in 1975 and drove in Denver, Colorado. I worked my way up thru the ranks in management after my 6 years as a UPS package car and feeder driver. I found Ron’s book very interesting and as I read I was reminded of my many similar circumstances during my management career. I read at the end of his book of his recognition of you and wondered if you could provide me his mailing address there in Georgia so that I could communicate my thanks to him for his writing and offer some of my comments also.
Thanks