Ark / Excellence / You Have What it Takes to Stop Making Excuses

Over the weekend, like many of you, I watched the final two rounds of the Masters.

I was fascinated by the characters involved. It occurred to me, each of them is a world class golfer for a reason … they refuse to make excuses. 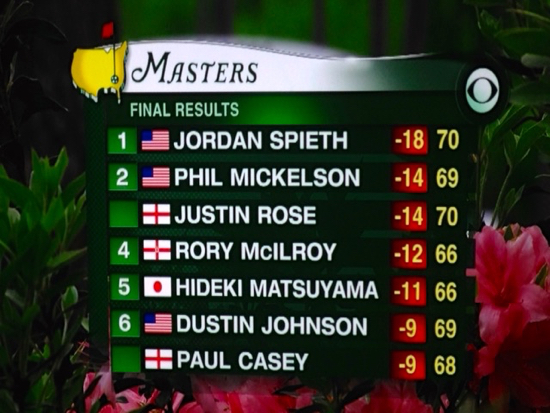 The winner, Jordan Spieth, never opened himself to the excuse of youth. The 21 year old held off some of the greatest players in history to become the youngest winner of the coveted Green Jacket.

Phil Mickelson refused to believe he was too old to win. Rory McIlroy ignored past heartaches, and there was even a Tiger Woods sighting on Saturday. Turns out he didn’t buy the media opinion that he is washed up.

I’m sure at some point each of the combatants were tempted to cower to the competition, yet none of them did. Why? Because world class performers refuse to make excuses.

Leaders are much like golfers. They too face the temptation to make excuses.

As you approach a new week I encourage you to believe you have what it takes to do something great. You are not too young, old, washed up up, or undeserving. You are simply a choice away from amazing impact … The choice to stop making excuses.

What happens when a leader refuses to make excuses?

Randy good morning as I read your blog I am reminded of the poem excuses. It goes like this excuses are tools of incompetence used to build monuments of nothingness and those that use them seldom amount to anything. Thanks for opening up a great week with a great thought be blessed!
Ray

Great blog, RG!
I read something a few months ago that has really changed my way of thinking (and living). The statement was “You can either have results or you can have excuses, but it’s very unlikely that you’ll have both.”
This statement applies to every aspect of my life, whether it be my quiet time, my health and wellness routine, my marriage, parenting, work, church involvement, etc.
Excuses are simply justifying why we’re not doing what we ought to be!
You really do have time. You really can develop self-control and discipline. You really do have the energy within you to get things done. You really do have what it takes to be your best YOU!
Thanks for being such an awesome brother and for the investment you make into so many folks, including me! I greatly appreciate your encouragement!
Ronna

When a leader does not make excuses, the followers gain respect for him/her. When respect (and hence morale) increases, the people accomplish the mission. Watching a breakdown in respect for a leader be detrimental to the group is tough to watch. How does one recover from earlier lack of discipline? Sure, one can stop making excuses (even though a change in lifestyle does not show itself overnight), but is time the only thing that will breed respect?

Great questions Mary! Thanks for commenting.